After five rainy days on the trail, you’ve reached the road and you can practically feel the cold beer hitting the back of your throat, washing down the big bite of cheeseburger you’ve been dreaming about since leaving the last town. The only problem? You still have to get to town.

For many thru-hikers, hitchhiking can either be another part of the adventure of long-distance hiking or a hassle that takes up too much time, is awkward or uncomfortable or just plain not fun. But unless you enjoy walking dozens of hot road miles, it’s a necessity. The Trek has already put-out a number of insightful suggestions like keeping group numbers small and letting the ladies lead, but as someone who is solidly pro-burgers and beers, I hope these four tips will help ensure you get to town as quickly as possible. 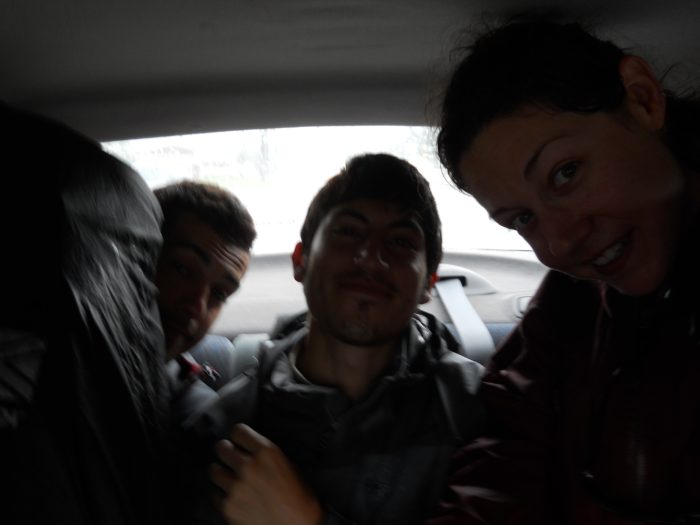 Where are you standing?

It’s rare that you can pick the road to hitch on, but you can certainly choose where on the road you’re standing with your thumb out. I can’t tell you how many times I’ve passed hitchhikers posted-up on a blind curve or some other spot that would be nearly impossible for me or any other well-meaning driver to safely pull over, which typically means us drivers just keep on going. As nearly anyone who has hitchhiked can attest, many drivers seemingly look for any reason NOT to pick you up, and the best thing you can do is to make it as easy for them as possible to pull over and open the car door.

The most important thing to do is to give drivers a place to pull over whether it be a pull-out, a parking lot or even a generous shoulder.

Next, be sure that you are standing on a straightaway so that drivers see you in plenty of time to check you over, think about it, and then decide you’re worthy of a ride. If they only see you only for a second or two before whizzing by, chances are their mind hasn’t had time to process the idea before you’ve become a fading shape in the rear view.

Get up, Ready to Go

It’s often tempting upon reaching a road after a multi-day stretch to pull-off your hiking boots and socks and throw on camp shoes. Maybe you’d like a snack before reaching town or to dry out some stuff that got wet overnight. Next thing you know, you’ve fully exploded your pack on the side of the road, and if anyone is kind enough to pull-over, they’re likely going to have a to wait five minutes as you repack your stuff. More likely, potential rides are going to see the you’re not ready to go and keep on driving.

Remember, many drivers are looking for any reason not to pick you up, so if you’re standing up, pack on or at your feet, trekking poles in hand and no extraneous items floating about, you’ll appear as good a bet to pick-up as any hiker trash who has ever graced a lonely road with an extended thumb. 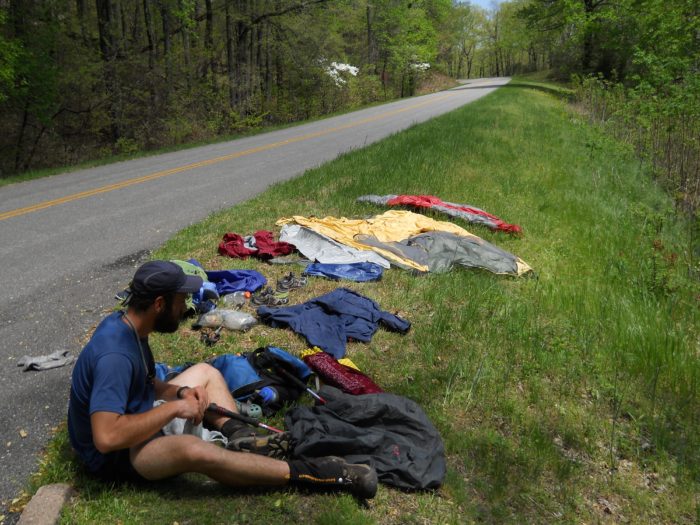 Yes, your smell has begged comparisons to an old dog as have your manners, and you would do unspeakable things for a milkshake. That doesn’t mean you can’t *look* respectable. Especially if you’ve had your thumb out for a while, it’s tempting to sit on your bag and lazily throw your thumb in the air and hope for the best. But in the mind of a passing driver, this scene says, “I’ve been here for a while, there’s probably a reason no one has pick me up and you probably shouldn’t either.”

So as painful as it might be and even though all you want to do is slump down and not put weight on your feet again until you hit the trail the next morning, suck it up, stand up straight, sun glasses off so that drivers can see your eyes. This may seem like a small detail, but being able to make eye contact with a potential ride can go a long way in convincing them that despite your less-than-polished façade, they’re not going to regret give you a ride.

Have fun with it

Sometimes you can do everything right and still watch car after car zip by you until you can hardly even remember what a cheeseburger ever tasted like. When this happens, take a deep breath, remember that you’re thru-hiking (what could be better) and have a bit of fun.

My favorite creative technique came from a group of 2011 NOBO AT hikers called the “Hospital Hikers”. They were hiking to raise money for a hospital in Darfur, and one member of the group carried a corrugated plastic sign on his back that said as much. The back side of the sign was blank, so throughout the south, depending on what state they were in, they would write on the back of the sign, “Go ________” with the name of the local college football team written in. Whether they were in Bulldog, Volunteer, Tar Heel or Hokies territory, it worked like a charm.

Of course, not everyone likes the idea of carrying a sign and a sharpie – after all, nothing weighs nothing, right? So for the more weight-conscious hitch hiker, here are three of my favorites:

The Back-hitch: The general principle of hitchhiking is that “hey, we’re going in the same direction, so how ’bout you give me ride?” The back-hitch flips this popular conception on its head by targeting drivers going in the opposite direction with a thumb pointed back to from where they came. Remember how I said that drivers look for reasons not to pick you up? Well, going in the opposite direction is possibly the best excuse a passing driver might have, and the confused look on their face will convey as much. I can attest that this unusual technique did work once while skiing in the Beartooth Mountains of Montana, but mostly it’s just for kicks. A couple of confused looks can serve as a nice appetizer before that burger.

The Lasso:  This one is pretty simple. Once you see a car coming, get your air-lasso going, throw it out there, rope your car, and reel ‘em in. Again, the conversion rate for this one is pretty low, but man is it fun.

The Magic Trick: There’s been significant debate on how effective this technique is, but gosh is it satisfying. Make sure you have a bandana handy, and when you have a car picked out, get their attention and make sure they see you (think Robert DeNiro-style eye point from Meet the Parents). Once you have the driver’s attention, place the bandana over your extended thumb and with your other hand, do your best hex-y, voodoo-like magic-esque motions until the driver gets close and you dramatically remove the bandana, revealing the extended thumb you just conjured from thin air. Voila! A chuckle, for sure, and a ride, maybe.

Note: You cannot overdo the showmanship.

Okay, this one is less about you, but keep in mind that if you see a VW bus, they are contractually obligated to pick you up. I’m pretty sure they agreed to that upon purchase. If a VW bus does not give you a ride, feel free to explore any and all legal options.